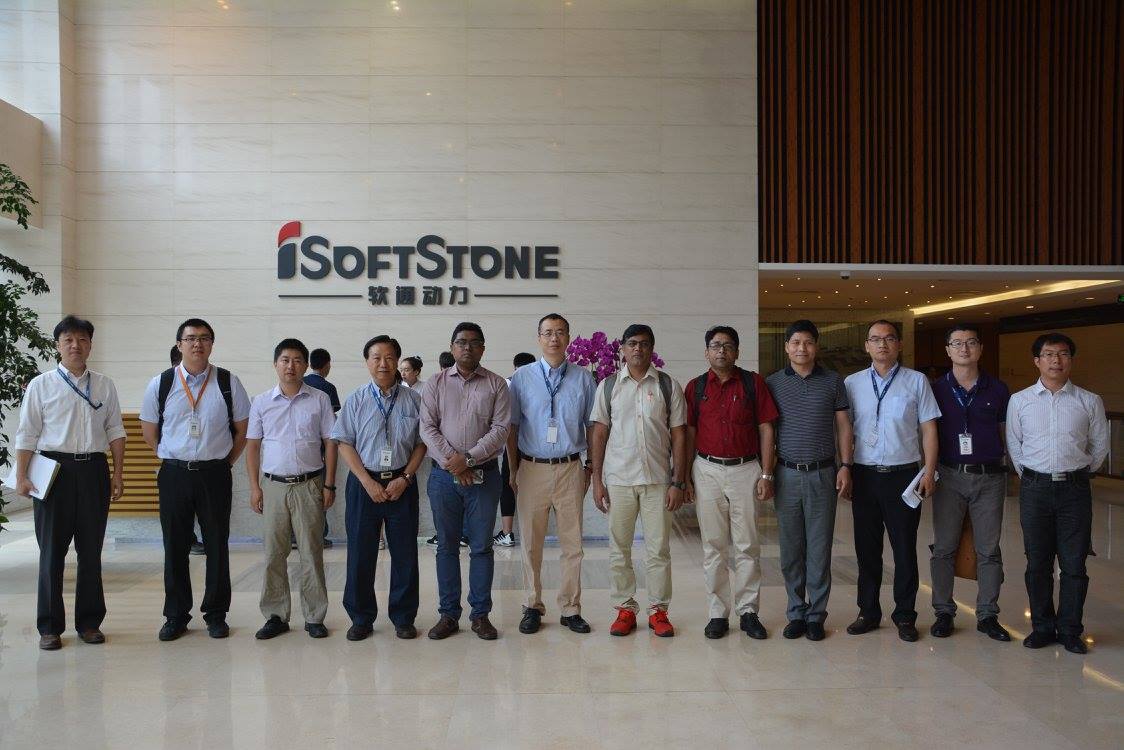 The E-village team has completed a five day (January 18 – January 22) official tour in China following the invitation from CETC China Key System (CKS). E-village team leader Md Roshidul Hasan has led the excursion where other team members Professor Dr. Md Morshedur, Mijanur Rahman Rajib and Md Anamul Haque has joined him. The deputy team leader Tonmoy Ahmed also joined the team along with Nazmul Alam and Shubhro Chakraborty and Nazmul Alam also joined the team in this tour as E-village team member.  The tour comprised of meeting with the China Key System president and other top officials regarding the E-village project and visit their laboratory, production facility and other organizations arranged by CKS.

On the first day, the team arrived at the destination in the evening and checked into Grand Town Hotel where we have had a meeting with CKS officials regarding our itinerary in details followed by dinner. On the second day, they had met with the President of CKS and e-village team headed by Team Leader Professor Md Roshidul Hasan where they have discussed the success of our first phase, E-village requirement and their capacity in terms of technical skill in hardware and software for the Sensor device. Following the meeting, the e-village team has visited their IoT laboratory and enjoyed the demonstration of the latest products they have developed in their lab.

Afterwards, the team visited their microchip center where CKS demonstrated their microchip development facility, testing facility, and packaging facility. We have talked about the integration of the microchip in our E-village system in an efficient manner with maximum precision which they promised they would do it for all partners where they produce more than 2 million microchips every day for all partners around the world.

On the third day the team have visited the Nanjing Future Science & Technology park where they have demonstrated the elements of the city they call “UPARK”.

Following the demonstration, the team have had a meeting the UPARK officials and top officials regarding future cooperation and collaboration with E-village. Afterwards, the team visited the smart agriculture city where they have been cultivating organic crops in a closed environment with sophisticated technology.

On our fourth day of tour, they have visited Hunan Normal University where they have had a meeting in the National Supercomputing Center in Changsha (NSCC) with the director and other officials of NSCC, Vice President of Hunan Normal University, Professor from Peking University and other officials regarding the integration of Artificial Intelligence (AI) and other cooperation we can get from them for the improvement of E-village service in Bangladesh. The also offered academic collaboration from E-village if needed.