The Industrial 4.0 and Agriculture 4.0

Klaus Schwab, Founder and Chairman of the World Economic Forum believes humanity to be at the beginning of a fourth industrial revolution, spawned at the turn of this century and building on the digital revolution. What makes 4IR fundamentally different from its predecessors is that its scope is much broader than mere smart and connected machines and systems.

The population of workers around the globe has shifted from agriculture to manufacturing and manufacturing service industries. The 4IR will serve as the opportune time to accelerate the scale and commercialization of agriculture. In response to this trend, future agriculture is expected to evolve into high-tech industries where systems are coupled with artificial intelligence and big data. The systems will converge into a single unit in which farm machinery, seeding the soil, farm management, production forecasting, and irrigation are combined. Using the core technology of the 4IR, robots, big data, and AI will combine with agriculture to create a new era of superfusion. The era will evolve multifaceted economic, social, and ethical values fused with various industries and expressed in business models. 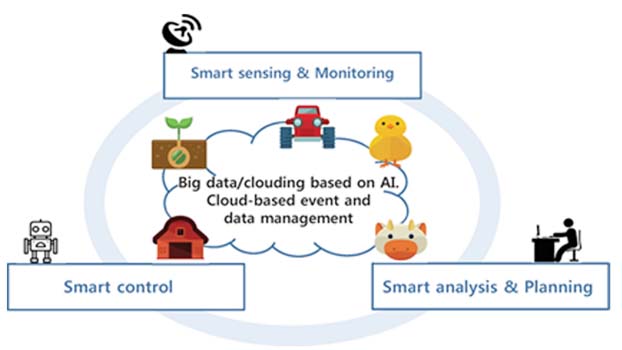 Figure 1: The Fourth Industrial Revolution and changes  in agricultural production

The 4IR will also make a big difference in open-field agriculture described in figure 1. There are three stages in which this technology can be used: monitoring the area for crop growth, analyzing data in the decision-making stage, and carrying out variable rate application using smart farm machinery. Monitoring the area for crop growth conditions includes not only the health status of crops but also climatic information, environmental information, and growth information, and it is rapidly developing in both large-scale extensive agriculture. It is possible to maximize production volume and minimize the possibility of failure due to natural disasters, system errors, and other factors by acquiring data on growth, the weather, and agricultural equipment. Analyzing data in the decision-making stage involves analyzing data from the monitoring stage and determining agricultural work required. In this stage, collected data is accumulated, processed, and analyzed as big data. Then, efficient and precise decisions about the data are made in a way that surpasses human intelligence, wisdom, and experience. 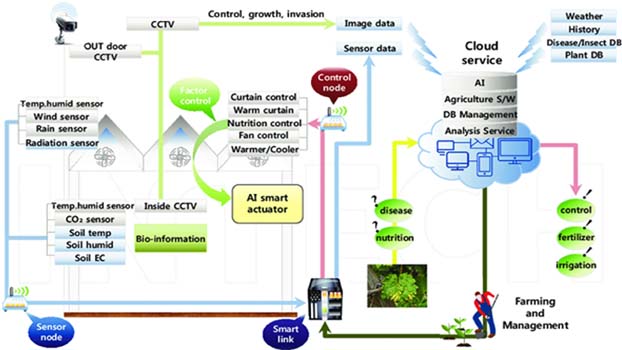 Furthermore, it is possible to collect environmental data on cultivation through an agricultural service platform using big data. The information can be used to evaluate market sale trends according to market preference analysis, and then the data (the cultivation environment, pest information, climate and weather information, soil fertility, topographical relevance, etc.) can be fed back to farmers to optimize production environments. 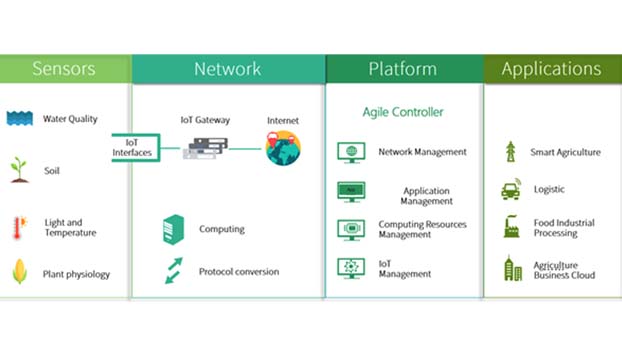 The Big Data (BD), the digital revolution, the application of Internet of Things (loTs) and sensor technologies in the agriculture sector highly potential for it’s production.The agricultural industry is gearing up for the “fourth industrial revolution”, where machines will be replacing humans in “thinking” as well as “doing” roles. There are three means by which the 4IR will have a major impact on the agricultural sector. First, precise optimization will solve many current problems in agriculture. Agriculture is a representative industry in which inputs and outputs are inconsistent. In terms of worldwide food production, enough food is produced for the entire population, yet 30–50% of produced food is discarded, while many die of starvation. About 80% of the water on the planet is used for agriculture, yet only 20% of viable crop is grown, and the remaining unused surplus is discarded.

The reversion of rural production elements, including human resources, will have a major impact on agriculture. Capital, labor, and technological resources that left farming villages in previous generations are likely to return during the 4IR. This is because the workforce of cities will find that rural areas provide the only labor that gives time for rest and relaxation.The 4IR technologies will have a significant impact on weather-related problems.Agriculture is heavily affected by the weather, and currently science has no means by which to accurately predict and control it. Hence, we say that we are fellow farmers with God. For this reason, farming is highly dependent on intelligence and wisdom, including human experience, and thus it is difficult to standardize. 4IR technology can make decisions that surpass human wisdom and experience. It will solve certain problems that cannot be solved with current technology, such as livestock odors, the cost of too much processing, and the likelihood of pest occurrence due to climate change. So, the 4IR can be seen as an “agro-friendly” revolution, unlike our current revolution. At the same time, it will lead to greater technological innovations and far-reaching changes throughout the economy, society, and life. 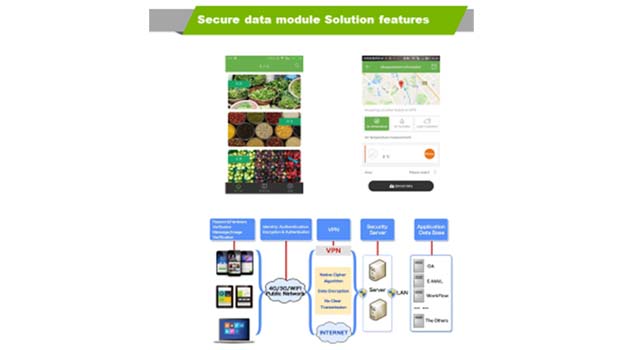 Though agriculture is the mainstay in Bangladesh but most Bangladeshi farmers have remained quite poor. The causes include: lack of acquisition of contemporary agriculture techniques &practices, lack of access to price information, scarce market facilities, improper storage facilities, lack of ability in postharvest handling and food processing, insufficient knowledge of high yielding varieties, and lack of bargaining power and commercial relationships.Bear all these in mind, we successfully conducted the project called e-village which was aims to provide the solution of the crop cultivation using Internet of Things (IoT) especially with integrated sensor devices and big data analytics.  It was a dynamic and integrated approach, which applied agriculture 4.o first ever in Banglaesh to any farming system in Bangladesh and other developing countries would follow as well. There were integrated sensors developed with five different sensors and local language based mobile app-based technologies with traditional practices according to a given site and situation.

1. Image and text in Bengali

The e-village architecture are representing the Sensors, Network, Platform and Applications in figure 3.  Farmers used Sensors to send data to the BSMRAU server from the field using mobile app then immediate after the farmers gets decision from the system itself automatically.

The Data model and Software module including Mobile App:

During project, a standard data model developed to process, analyze and feedback the data depending on the aggregated data from the sensors. For example, Experts created and developed the data model on the management page. When the user uploads crop field data information, the corresponding notification will be triggered when the condition is met. Figure 4 shown the secure data collection, processing and data model solution. Integrated sensors were used to send data from the field, data and software module used to take decision and send appropriate feedback to farmers using developed mobile app in Bengali. Apart from them a communication channel (in Bengali) also developed so that farmers could communicate with experts if necessary.